Live and historical data is pulled from Reddit.com and PushShift.io to provide a snapshot of the activity happening on /r/btc. Bitcoin Cash (BCH) price data pulled is from Bitcoin.com. Shout out to Bitsocket for their microservice.

rbtc.live is not affiliated with Reddit.com in any way. Have feedback? Submit it to Reddit.

Help support this website and keep it free by making a donation using Bitcoin Cash (BCH) with the QR code or address below. 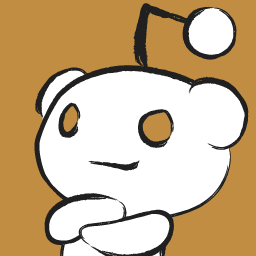 We have close to 300K members on r/btc, and ca 2500 folks are online right now. I assume many of them are silent observers for various reasons. This is your chance to state why you are here and what changes you would like to see. PS: I won't cryptocheck folks this time.

> One secretive person (Theymos) owns /r/bitcoin and holds the opinion that the Bitcoin protocol should not be easily changed, and certainly not via a contentious hardfork. Their reasoning is that if you can change something via contentious hardfork, you can change anything, even the 21 million limit. Therefor they spread their believe (FUD) that such a hardfork would split the network. And anyone who disagrees and tries to push a hardfork is by their definition an attacker (or a fool). That is how they justify censorship & attacks against anything or anyone who tries to hardfork the network (so Bitcoin XT, then Bitcoin Classic and Bitcoin Unlimited). > But (as I see it) the main reason a blocksize increase via hardfork is contentious is because it is contentious. There aren't actually many people who want a 1Mb limit. There is just a whole bunch of people who fear a contentious/dangerous Hardfork. You could say that Bitcoin has been paralysed with fear. > Big blockers (and most people on /r/btc) are a bit more pragmatic. And most believe a simple majority must be in charge. Because the alternative is that a random minority can veto anything and thereby change Bitcoin for the worse. And a non-change like, not upgrading the limit, is definitely a huge change(!). If the intended use of the limit changes, then that should need consensus (and a proper design). Basically we want the free-market to be in charge, because that will lead to the most profitable Bitcoin, and by extension the most ideal blocksizes (which clearly needs to be balanced). What we now have is FUD and over-engineers being in control. > Which is ironic because /r/bitcoin likes to call /r/btc FUD-sters. When it is clearly the other way around. > The sad thing is that this sub desperately wants to believe in conspiracy theories, that Blockstream is behind all this. Something I can't disprove, but there is also not enough proof for this theory that you should take it seriously. The motivation of Core supporters/small blockers already makes total sense, and is very consistent. There is no need for alternative motives on either side. > Edit: Btw, you can change anything (even the 21 million limit) via soft-fork. So the obsession with softforks over at /r/bitcoin makes no sense. The only advantage it still has is that only Blockstream/Core is willing to put the time/effort to make these complicated soft-forks, big thanks to VC funding. Which effectively puts Core in charge, and effectively makes Bitcoin a technocracy. Yet ironically you see Core dev's continue to say they are not in control. > TL;DR: Minority veto's, softforks forever, censorship and attacks clearly put Core in control of Bitcoin's future. source: https://old.reddit.com/r/btc/comments/5906lk/rbitcoin_moderators_censoring_again_this_time/d957xcm/

Right now, payment processors like bitpay or gocrypto determine the rat which may not be the best.